What’s an Army for? – The Future of the Canadian Forces by Dr. Paul T. Mitchell

What’s an Army for? 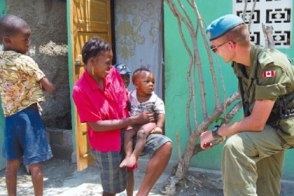 Over the past month, the majors on the Command and Staff Course at Canadian Forces College have been working their brains on a paper exercise known as Decisive Manoeuvre; a set of four questions that gets them to speculate on the future of warfare. One question in particular addresses the professional debate over counter-insurgency (COIN) and conventional operations. In some ways, the question is a bit of a lightning rod, permitting a glimpse into how the Canadian military, and more specifically, the Army, thinks about what its role should be.

Before Afghanistan, the first thing that people typically thought about the Canadian military was peacekeeping. Yet, within the CF, I always had the impression that peacekeeping was regarded simply as a bread and butter mission; what you did while you waited for the real action to start. In this way, Afghanistan has been a very popular mission for the Army, permitting them to demonstrate to their allies the competency in combat operations they have always felt they had. Again, the very unscientific impression I have derived over my time at the College was that of Robert Duvall as Col. Kilgore in Apocalypse Now, speculating on how the good times were inevitably going to end.

Not surprisingly, the opinion of many of the majors looking at the COIN vs. conventional operations debate has been to stress the importance of combined arms operations as the primary mission of the army. The ability to bring together the many different capabilities resident in a modern army (and increasingly, those also resident in the other services as well) is a demanding task (which I documented last year in the efforts of 33CBG to train its headquarters group). The type of tasks demanded in a COIN operation may require some of these skills, but not to the same degree. Indeed, COIN scenarios involve skills that are more like police work than warfighting. A high degree of cultural sensitivity, in particular, is necessary for “war amongst the people”. With a focus on building social bridges, improving government services, and avoiding unnecessary casualties, it’s not surprising that many army officers look on these types of operations as “not proper soldiering”. Too much of it can ruin an army, it is feared.

Still, historically speaking, armies have long engaged in these types of actions. Max Boot has pointed out that the majority of the US Army’s history has been spent in nation-building type tasks, rather than major conventional operations. In The Savage Wars of Peace, his chapter on the operations the US Army conducted in the Philippines during the Spanish American war could have been taken from the worst days of the insurgency in Iraq, including the kidnappings and beheadings. Certainly, the history of the Canadian Army in recent decades has stressed more irregular warfare than conventional. 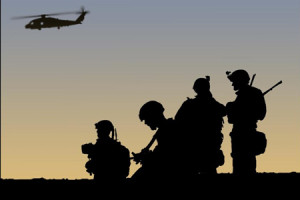 In this year’s Command and Staff course crop of essays, many focused on the concept of Hybrid Warfare. Frank Hoffman, director of the National Defense University Press in Washington DC and a former Marine officer introduced the concept several years ago. Hybrid warfare reflects the growing tendency of non-state actors to employ modern high-tech conventional capabilities and state actors to employ irregular actions in the prosecution of warfare. The principle case study in this regard is Hezbollah’s actions in their defence of South Lebanon in 2006. Hezbollah employed modern weaponry capable of destroying the Israeli’s formidable Merkava tanks, struck one of Israel’s Saar class corvettes with a guided missile, tracked Israeli units as they advanced across the battlefield by intercepting their cell phone calls home, and employed social media and information warfare in a battle of narratives with the IDF. They had a conventional command structure and maintained extensive and overlapping defensive zones within south Lebanon. The IDF was criticized after the operation for having overly focused on counter-insurgency and not maintaining core warfighting skills. For those who seek to maintain conventional competencies, the lessons of 2006 are salutary.

Yet, for a small military facing growing costs and declining budgets, Hybrid Warfare is not necessarily a godsend. It is a grab bag of issues spanning the spectrum of conflict. Whether the Canadian Army will have the budget to maintain the proficiency across this range of scenarios remains to be seen. 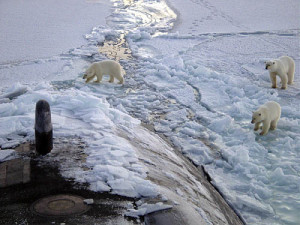 As readers of this blog have probably noticed, much of Canadian defence is conditioned by its nearly unique strategic geography, summed up famously by Senator Raoul Dandurand in the 1920s – a fireproof house far from flammable materials. We can debate how fireproof our house really is, although it is safe to say that Canada does not have to consider invasion as one of the threats it must plan for. An American invasion of Canada would only take place in the context of an international environment much different from the one we currently live in. No other military power has the ability to project power into North America, again, a situation that is unlikely to change for probably the rest of this century – whatever Hollywood thinks.

This brings us back to the question this post started with: What is an Army for? The three tasks established by the Canada First Defence Strategy – defence of Canada, defence of North America, and contributions to international peace and stability, are missions that have figured in every one of Canada’s post-Second World War defence white papers. Aid to the Civil Power and Humanitarian and Disaster Relief operations cover the gamut of both the first two missions: in the last two decades, the CF has had the opportunity to practice both of these in Canada. In many ways, each mission is closer to the irregular “warfare amongst the people” type tasks of counter-insurgency than they are of conventional warfare. While armoured vehicles served as ambulances during Toronto’s heavy winter of 1999 when then Mayor Lastman called in the Army to help with the shoveling, how necessary are the Artillery and Armoured branches in terms of continental defence?

Like the F-35, the high-end capabilities our military employs are generally necessary for international engagements. Here, again because of our geography, we have a certain level of discretion in the operations we take part in. However, once a capability is lost, it becomes extremely expensive to reacquire it later. In the 1990s, based on theories of how information was changing warfare and manoeuvre on the battlefield, the Army decided it could get rid of tanks – arguably the most expensive form of land warfare. However, events in Iraq and Afghanistan confounded the belief that information could reduce the size of armies and take the place of force protection. Like submarines in the RCN, the Army was able to upgrade its tanks just as they were about to disappear forever. It is a lesson that ideas about the nature of future warfare are frequently incorrect.

With instability throughout Northern Africa and the Middle East, the future of warfare looks likely to be dominated by insurgencies and failed states. Still, the war drums beating in northeast Asia over the Korean peninsula and the Diaoyu/Senkaku islands hedge against the possibility of a traditional state on state conflict marked by conventional capabilities. There are no easy answers to the question of what future Canada must demand its Army to prepare for. The Army clearly wishes to have as much capability it can get out of the state while Canadians might prefer to have only so much capability as we can afford. Hybrid warfare is a great concept to hedge bets, but one that doesn’t shed too much light on the space between those two positions, or on the hard decisions of deciding what Canada’s Army is for.