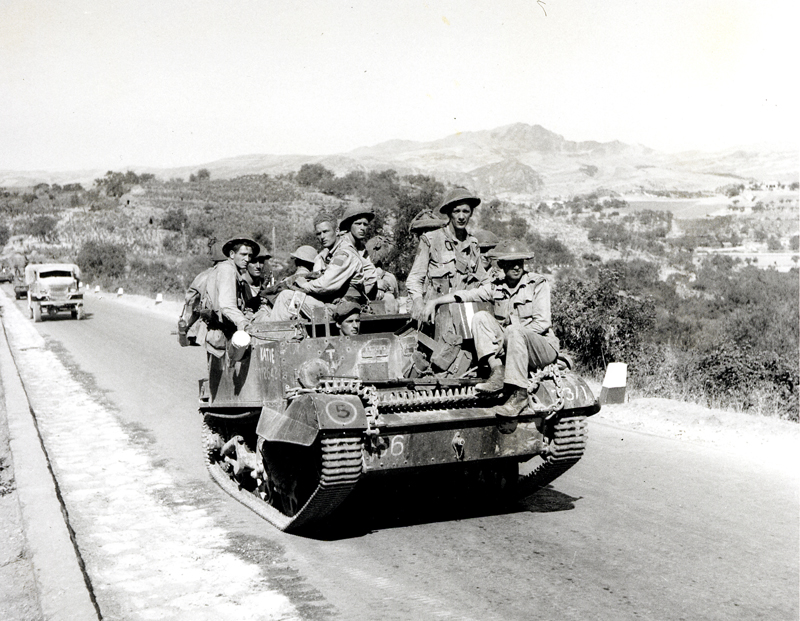 You are invited to a lecture by Dr. Lee Windsor, deputy director of the Gregg Centre for the Study of War and Society at the University of New Brunswick, on important new findings about Canada’s role in the Allied invasion of Sicily in 1943.

Time: 7 p.m.
Where: The Albany Club, 91 King St. East, Toronto
http://www.albanyclub.ca/About-Us/Google-Maps.aspx
Cash bar
Dr. Windsor will outline the preliminary findings of the Gregg Centre’s research, showing how the Canadian forces — who opened the 38-day struggle for Sicily in a minor supporting role — came to spearhead the Allied push. Dr. Windsor will describe the dramatic mountain battles that decided the campaign, helped turn the tide of the Second World War and opened the road to victory in Europe.
Dr. Windsor is deputy director of the Gregg Centre http://www.unb.ca/fredericton/arts/centres/gregg/ and a professor of history at the University of New Brunswick in Fredericton. He has researched and written on the Sicilian and Italian campaigns and, since 2003, has guided students, soldiers and the general public around the battlefields of Sicily. Dr. Windsor and the Gregg Centre are also contributing partners to Operation Husky 2013, the Citizen’s Memorial Campaign in Sicily.
Operation Husky 2013 marks the seventieth anniversary of Canadian troops landing in Sicily on July 10, 1943, and celebrates Canada’s role in the Allied liberation of Sicily.
For a list of events, please go to http://www.operationhusky2013.ca.
Also, please visit http://www.youtube.com/watch?v=haKIf0HQ-7Q