I recently released Indigenous Peoples of the British Dominions and the First World War (Cambridge University Press, 2012), and For King and Kanata: Canadian Indians and the First World War (University of Manitoba Press, 2012).  The five years I spent researching for these books (2006-2011), allowed me to experience first-hand the incredible Indigenous cultures of, not only Canada (including Newfoundland-Labrador), but also those of Australia, New Zealand and South Africa.  The academic and military service friendships formed through the years garnered gracious invitations from my indigenous friends and colleagues to stay with them, and their families, on their Indigenous territories.  While I cherish what I took away as research, I am even more grateful for what I gained in cultural understanding. 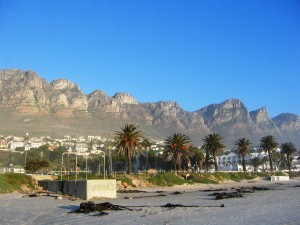 I spent over a week living in the “township” of the infamous Soweto, outside of Johannesburg, South Africa. My Zulu host, married with two young children, was employed as a driver for youth hostels, shuttling backpackers to and from the airport which services both Johannesburg and South Africa’s capital Pretoria.  His home was a one-room, corrugated sheet-metal dwelling without running water, although there was electricity, albeit not very often, due to the rolling blackouts which plague the community. Yet, he was also attending university to “get an education that my parents could not have, and I want to give my kids.”  While I could share endless stories, two stand out.  The first was my fear of being a “white” person in post-Apartheid South Africa, let alone in Soweto.  He assured me that so long as I was with him, and as I was invited, no harm would come to me.  I was treated with a warm embrace from the community.  On my last night, a party was given in my honour, and I got to test the local “moonshine.”  I sampled a diversity of the local fare made from various fruit and also goat milk—all out of a cut-off Castrol Oil plastic container.  At the end of the night, a very old Xhosa elder came into the room and presented me with a hand-made, inscribed “Peace Mask,” which now hangs on my wall in a position of great pride.  It turned out that he served in the South African Native Labour Contingent (SANLC) during the First World War on the Western Front.  According to what he relayed, he was “recruited” at a very young age in 1917 (he did not know his exact age), and, as I have been told, died in 2008 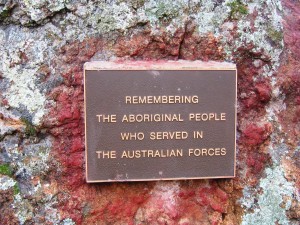 Why I do my research

My family backpacks the Globe quite extensively (in fact my parents are currently traversing India) and we always talk about the amazing food we have had on our adventures.  During my research trips for these books, I ate grubs, spiders, kangaroo, seal, snakes, lizards, a variety of antelope, and had traditional Maori hangi(earth oven) lamb in New Zealand.   And of course, Australia, New Zealand and South Africa all produce some of the world’s finest wines! 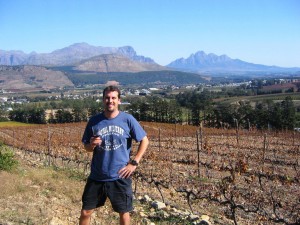 Although my research trips to Australia, New Zealand, South Africa, and throughout Canada, produced the backbone of the two new books, I am also most thankful for the gracious hospitality offered to me everywhere I laid my head down at night.  I am so very fortunate to have been given the opportunity to experience the cultures of these nations, but also to live the Indigenous cultures first-hand.  While the printed books are concrete, these experiences have shaped me forever. 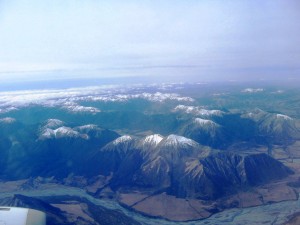 Dr. Timothy C. Winegard received his MA in War Studies from the Royal Military College of Canada in 2006, and his Doctorate in History from the University of Oxford in 2010.  He served nine years as an officer in the Canadian Forces, including a two year attachment to the British Army.  Tim is the author of three books, and is internationally published in both the fields of Indigenous Peoples and Military History. He currently resides in Grand Junction, Colorado.  For more information about Tim and his research, see his website at: www.timothycwinegard.com.